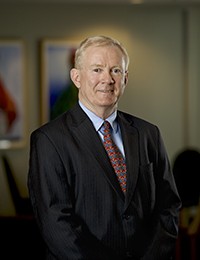 Barristers Admissions Board Examinations with Honours, 2002

Bachelor of Engineering (Civil) with Honours, University of Queensland, 1974

Michael has an extensive experience across the areas of law, business and engineering having had careers in all these three areas. Michael has been a barrister at the Queensland private bar since admission in 2003 and has appeared in matters in other jurisdictions of New South Wales, South Australia and the Northern Territory. Besides his practice at the Bar, Michael also writes reports for case journals and is also a contributor to the LexisNexis loose-leaf and electronic services. Michael also complements his bar practice with part time lecturing and tutoring at university. Michael’s practice is across almost all areas of civil law his being fortunate to be briefed by a diverse array of quality instructing solicitors. Michael also practices in the criminal law field and is proud of his record of 100% successful defences in jury trials. Michael is a regular advocate in the State courts (including the Court of Appeal) and tribunals and in Federal courts (including Family court) and tribunals. In his first career as an engineer, Michael was part of the design team for the first Gateway Bridge in Brisbane his role including the design of the piers and the foundations. In his second career in business, Michael provided strategic and business planning advice including business plans to significant organisations such as Coles Myer, Bundaberg Sugar, the Queensland State Emergency Service and the Queensland Government’s Sunwater. In his spare time, Michael is the manager of the UQ Red Heavies 5th grade rugby team. 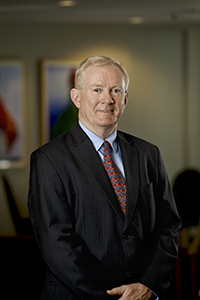